This is a brief how-to on installing Libra on a Pixelbook.

I typically use as my daily driver a Pixelbook in dev mode with Linux beta, mostly for Go and Flutter development. The docs seemed pretty straightforward, with three setup commands seen here: developers.libra.org 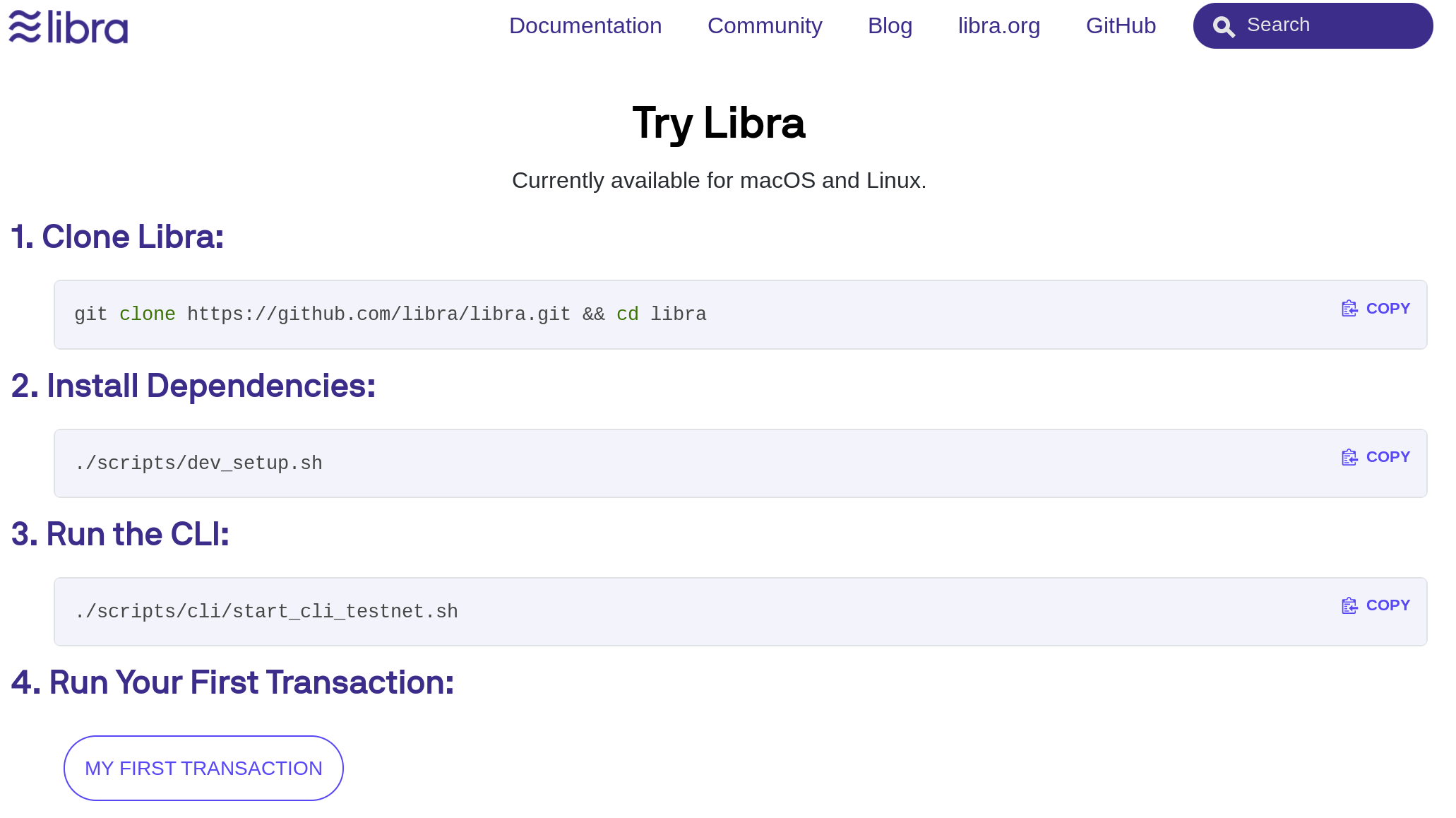 With my Pixelbook in this state, it means I have Go installed (one of the prerequisites for Libra Core protobuf compilation) and protoc. tl;dr. The Libra docs are very clear, but there were two issues, missing linux header lib and an outdated protoc - both are easily fixed.

It’s nice that the dependencies installer installs the prerequisites to build Libra Core, but I encountered an error while installing CMake:

Prerequisites installed by this script:

This is where the ./scripts/dev_setup.sh script bailed out:

This is easily fixed via an apt install:

After installing linux-headers-4.9.0-9-common , reran ./scripts/dev_setup.sh and almost everything went well… I had an older protoc and the script bombed out.

Following the instructions here, reproduced below, to upgrade/install protoc, I re-reran ./scripts/dev_setup.sh and had a clean install!

Starting a testnet was actually as simple as the third command. This did take a while to complete, as all the rust libs needed were downloaded and compiled, after which I was launched into the libra cli.

Then there was a nice little tutorial on how to create a transaction with sample Alice and Bob accounts: https://developers.libra.org/docs/my-first-transaction